Michael Palin ‘The Thirty Years Tour’
Join Michael Palin for a flying visit to three momentous decades of his life
Following the success of his landmark tour in 2014 and to celebrate three decades of diaries, Michael Palin will mark the paperback publication of the final volume with a brand new show at 14 different venues around the country.
The Thirty Years Tour will see Michael use his diaries to tell the story of a life lived in the public eye from the end of the 1960’s when his first child and a new television show called Monty Python’s Flying Circus both took their first faltering steps. Monty Python catapulted him into a career which went on to produce not just the legendary films of the Python team, but also Ripping Yarns, railway journeys, feature films like Time Bandits, Brazil, A Private Function and A Fish Called Wanda, a BAFTA-nominated performance in the series GBH, as well as novels, plays, and three of the most successful travel series ever made.
In this two part show Michael brings to life thirty extraordinary years, trawling through a stock of rarely told stories, ranging from fighting to defend Monty Python in a US courthouse, the Ripping Yarn that never got made, Python’s American groupies and what it’s like filming with your own children. 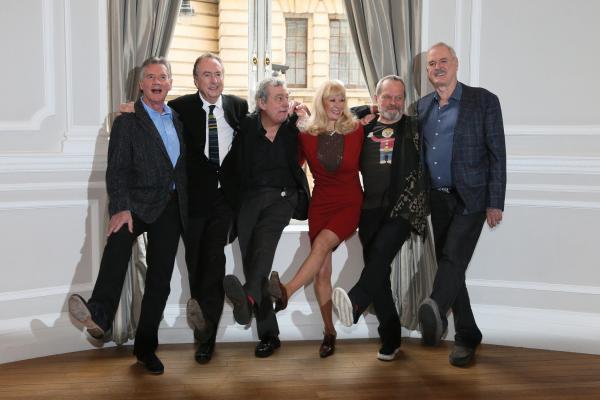 He also talks about the glimpses of his personal life, so painstakingly committed to the diary each morning. The joy of friendships, the loss of loved ones, the pressures of absence on his family and how to deal with a roller-coaster ride of success and failure.

Profusely illustrated with film and video from all his various activities, The Thirty Years Tour is an autobiography, live on stage.